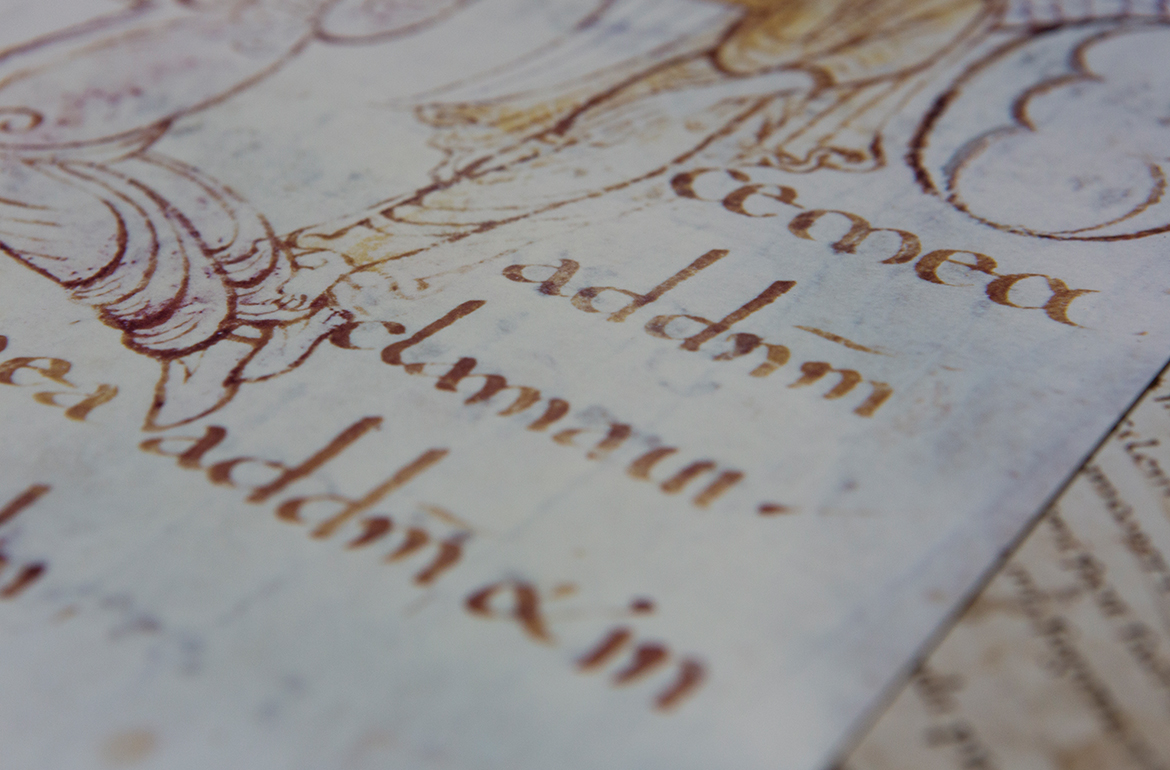 The Caroline minuscule script appeared around 770, at the instigation of Charlemagne. It is uniform and regular, with clear rounded, but above all legible, forms.

It established rules for writing which were not systematic previously, such as the separation of words with a space.

In France, it was in Corbie that it became popularised. It was in fact used by the monks of the Abbey where the Maurdramne Bible was written between 772 and 780.

Today, the manuscripts of Corbie Abbey are kept in prestigious libraries all over the world. 177 of them are carefully archived in the Libraries of Amiens Métropole.